NFL fans, is there a void in your life right now? Are you looking for another excuse to eat fried foods and drink beers in the middle of the day? Have you been mindlessly checking Adam Schefter’s Twitter feed for any sort of NFL news? Take a breath. You need a different kind of football in your life: the English Premier League.

Yes, I know football (err, soccer) still “isn’t big in America,” but once you get past the historical stereotypes, you’ll find a league that has every bit of drama, spectacular highlights, and ferocity as the NFL. Did we mention it also gives you an excuse to drink at 9 a.m. every Saturday?

If you’re coming from the NFL, here’s an easy side-by-side comparison of all 20 teams currently in the Premier League.

Man City = New England Patriots: The gold standard for teams of the past decade, but they like to forget they were a laughingstock not that long ago. Managed by a genius/madman.

Liverpool = Kansas City Chiefs: Finally won the big one after a few decades. Their title  defense season exposed some flaws, but they are still dominant.

Leicester City = Tampa Bay Bucs: Record-setting old dude keeps this team interesting, but has more depth than people give them credit for.

West Ham = Buffalo Bills: Kinda looked down on by other teams in their region. Also, fans are nuts.

Everton = Chicago Bears: Working-class club that peaked in the 80s and has been trying to recapture that glory ever since.

Aston Villa = Green Bay Packers: Likes to think of itself as a small club, but actually huge. One player elevates everyone else.

Leeds = Cleveland Browns: After being a laughingstock for years, they’re cool again.

Southampton = Arizona Cardinals: Like two good players that make them watchable. Capable of great or awful games any day.

Crystal Palace = LA Chargers: A team that sticks around but never really does squat.

Wolves = Las Vegas Raiders: Want to be treated with big club respect but haven’t quite figured out how to make that happen.

Burnley = Detroit Lions: Better than crap, but only slightly.

Newcastle = Washington: Big-time  club whose reputation is in the toilet due to terrible ownership.

Brighton = Cincinnati Bengals: Young club with some good players, but nobody really expects much of them.

Sheffield United = Jacksonville Jaguars: Between September 2020 and January 2021 of their respective seasons, these teams had the same number of wins.

If that hasn’t convinced you, consider this: Fantasy Premier League is a huge thing; FIFA has sold nearly twice as many units as Madden; games run from early morning till mid-afternoon on Saturdays and Sundays, so it’s on all the time; and you’ll know so many more players than your coworkers when your office World Cup betting pool returns next year.

And if you don’t find a comparison to your team just take a recommendation from your favorite NFL player. 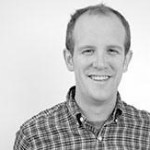