Keeping in line with our normal criteria, we’re basing our list off of work released during the 2020 fiscal year (September 1, 2019 to August 31, 2020)—qualifying them for nomination in the 2021 Grammys.

Let’s start things off with our list of 2020’s best songs!

So, you’re probably hyper-aware that a global pandemic effectively canceled this year. People all over the country, let alone the world, had different methods of coping with the, at times, dystopian setting. Some had more, uhh, “flexibility” than others (or just stopped caring). But with all of the depressing shit occurring this year, we’ve had some truly beautiful music to get us through it. My 2020 list mixes the funk, hip-hop, and R&B that caught my ear, affected me deeply, or just plain bopped.

This song may have been a part of a sometimes annoying challenge, but on its own, it is just a bop, plain and simple. It satisfied my need for an Afrobeat jam and there’s not much more I could have asked for in 2020.

As I’ve said before, Hannah Williams got on my radar due to the Jay-Z sample on “4:44.” That being said, her sophomore effort with The Affirmations, 50 Foot Woman, left us with another jamming funk album. “I Can’t Let This Slip Away” is an impressive display of the album’s charm, from its staccato-laden production to Williams’ vocal range.

John Legend has always been one of my favorite singers, but his discography hasn’t always been super uptempo. This song, with the ever-talented Rapsody, is weirdly upbeat despite the subject matter. Legend and Rapsody reminisce over lost love, but the vibe is laid back and positive rather than depressing.

Jhené Aiko, one of contemporary R&B’s best singers and producers, joins forces with ‘90s rap icon Nas in a mature, grounded treatise on relationships. Aiko described the song as “a conversation” between two lovers expressing “time is of the essence.” While she reflects on missing lost love “for ten thousand hours,” Nas reflects on the process of growth in relationships through mistakes and adversity.

2020 was so wild that Jay Electronica finally released his debut album! With JAY-Z. Which…is a mixed bag, honestly. But “The Blinding” was pretty good. Just like their previous collaborations, Hov matches Jay Elec bar for bar, and the New Orleans native digs heavily into his religion while lampshading his rocky release history to announce his presence. Also, Travis Scott is here in-between his Super Bowl performance and his McDonald’s meal.

The hot girl summer got postponed by COVID-19 shutdowns, but that doesn’t mean that Megan Thee Stallion stopped putting out fire. While she had a smash hit in “Savage,” “Captain Hook” was the perfect mix of ratchet and wordplay. “Hot Girl Meg” asserted herself in this track right before she teamed up with Beyoncé and, eventually, Cardi B (more on that later).

One of the earliest songs on Gambino’s surprise fourth album, “Algorhythm” uses aggressive synths and interpolates Zhané’s 1993 hit “Hey Mr. D.J.” into an interesting 2020 dance track. Gambino’s electronic, vocoder-enhanced raps electrify the sounds, allowing you to get lost in the music.

I don’t always get drawn to cover songs. They often feel lazy, even though I’m a huge fan of sample-based music. But Amber Mark’s cover of Sisqo’s “Thong Song,” part of her COVERED-19 quarantine series, felt like a respectable homage to the 2000 smash hit while still making it her own. It just “hits different,” and that’s sometimes hard to pull off with a cover song.

Some songs are just inescapable. The Weeknd dropped his fourth studio album, After Hours, early during the pandemic shutdowns. However, its second single, “Blinding Lights” took off like an Apollo rocket back in November 2019. Like many of the Toronto native’s songs, it blended classic and contemporary, mixing ‘80s-inspired synth-pop with EDM.

After all of that dirty music, I NEED JESUS. But in all seriousness, this song has been the benediction of my virtual church services during the pandemic. I don’t write much about religion, but “The Blessing” brings the calming, peaceful energy that people need in these trying times. While I’m linking to the radio version for time, this contemporary gospel song became a viral sensation, spawning nearly endless covers around the globe.

It’s still about the bops for me. Regardless of genre, I’m still trying to find the songs that can get people to get up and dance. In accord, with the variety of protests going on, I’ve also seen how people have been interacting with music, as a form of outcry, in blatant and less obvious ways.

Honestly, Lady Gaga knows how to make a bop. Ariana Grande’s career is a series of bops. Why not have them team up for a song that calls for strong vocals against dance-pop/house beats? This is where Gaga has always shined and having a sort of competition with another powerhouse singer really ups the ante here.

Fun fact: I found this song because of a New York Times video on the making of this song—breaking down the use of flutes, the songwriting process, and the vibe in creating this hit. The one thing you can take away from their process, which is clear in the song: you can hear Dua Lipa smile. There’s a certain bounce, probably from its ‘80s exercise/Flashdance beat, that makes you want to dance and have fun.

Are we really going to explain this? The song is freaky and horny, at a time where the world is stuck indoors. This song deserved a summer of being in the bars and clubs. Of course, people are going to flock to a deeply carnal song at this time, but what’s amazing is the wordplay present. Cardi and Megan are direct about what they can, but play around enough to conjure some of the best (and meme-worthy) imagery throughout the song, in the name of sexual positivity and wanting to fuck. All I know is that if you get texted about a bucket and a mop now, please don’t be this man.

Chole x Halle have been around as the vastly talented, non-twin sisters signed to Beyonce’s label. They were known for a certain avante-garde R&B, that would get you to think and feel deeply, even though they were teenagers. I’m saying all of this to point out that transitioning to more young adult music was always going to be easy, because the Bailey sisters are fantastic songwriters—you don’t just lose that. “Do It” is their most danceable track, utilizing the siblings’ signature harmonizing, witty back and forth, and thoughtful lyricism, to give them their biggest single. The fact that this song has led to some of the most creative at home performances is an added bonus in an odd year for entertainment.

I’m not joking when I say this is the perfect version of this song. No offense to Jack Harlow, the song slaps as a whole, but these Atlanta-area teachers and cheerleading coaches really got something here worth celebrating. The word play is engaging and connects with its clear audience, while being uplifting. And as someone who went to school when teacher parodies were always corny and played off how out of touch teachers may seem, to get one that is actually relevant to the kids and cool, but a little self aware, is a nice touch.

Wale is an interesting case study of someone who thinks he is the best rapper around, but his output hasn’t matched that for some time. There’s always a couple of great bars here and there, but album-wise, not enough for him to crack the conversation. Maybe he’s had to make concessions with his label; maybe the DMV rapper doesn’t dive deep enough. On “Sue Me”, the sincere, thoughtful lyricist is there though, admitting he’s “a glutton for women I shouldn’t yearn for,” but that stopping is harder than anything. The simple, but pointed, hook rolls through and the R&B tinged beat, are all a part of departure from what we usually get from his singles. Maybe Wale should do more of this, because I know I loved it.

Jorja Smith still has one of the best voices in music, lingering with you, no matter the tempo. “By Any Means” sounds like a sad song on its face, since it is reflecting on the missed opportunities of those Black lives that have been taken too young. It also looks at the strength she found in the Black Lives Matter movement’s rise in the United Kingdom.

To quote another writer, Westside Gunn makes Buffalo “come off like City of God’s favelas,” a high compliment. On an album full of starry guest features, “$500 Ounces” shines brightest. From the hunger in Freddie Gibbs’ and Roc Marciano’s voices, to The Alchemist’s haunting, repetitive beat, the track, and Pray for Paris as a whole, proves drug dealer rap still has its place.

“Dior”—Pop Smoke (Shoot for the Stars, Aim for the Moon)

RIP Pop Smoke, truly a talent lost too early. “Dior” blew up this summer as a protest anthem, but lands on this list because it’s legit. A drill anthem, featured on all of Smoke’s projects before being put out as an official single this past summer, has this smoothness to it. The track glides on, before Pop Smoke’s growly voice barrels through, shifting through a variety of moods, from big money shopping sprees to standard street activities. The only thing that should surprise you is if you’re not doing the woo when listening.

“Dragonball Durag”—Thundercat (It Is What It Is)

All of It Is What It Is should be on this list, but one album does not make a songs list. This song is just fun. The marriage of jazz and funk is on full display, to romance a lady while wearing a durag. This one song is the best description of this album: fun, kind of out there, but way more musically technical than on the first look. 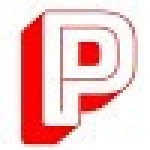